View cart “Kjeller – Vi lander!” has been added to your cart.

A book many look forward to. The complete history of the most important pre-war airline: Det Norske Luftfartselskap, Fred. Olsen & Bergenske AS (Norwegian Air Lines) and its working horse, the Junkers Ju 52/3m. The company was formed in 1933 and two years later it received a general concession for all domestic and international air services in Norway. The first Junkers Ju 52/3m arrived in June 1935 and inaugurated the air service Oslo – Moss – Arendal – Kristiansand – Stavanger – Haugesund – Bergen. Later it also operated the coastal route from Bergen to Tromsø and from Oslo to Gothenburg and Copenhagen. During the winter of 1937-38 a Ju 52/3m was chartered to AB Aerotransport and served the Stockholm – Turku – Helsinki service. DNL managed to establish itself as the national airline for Norway.

During the Second World War the aircraft were confiscated by the Luftwaffe and handed over to the Deutsche Lufthansa for use on the Trondheim – Kirkenes service. This book tells about the early years and ends with a dramatic end in 1946, when it had lost its concession to the partially State-owned Det Norske Luftfartselkap A/S, which later became a part of Scandinavia Airlines System – SAS.

The first 100 customers that order and pay for the book will get an exclusive suitcase strap in the colours of “Det Norske Luftfartselskap, Fred. Olsen & Bergenske A.S”. Applies only for individual orders and not for orders from (museum) shops. 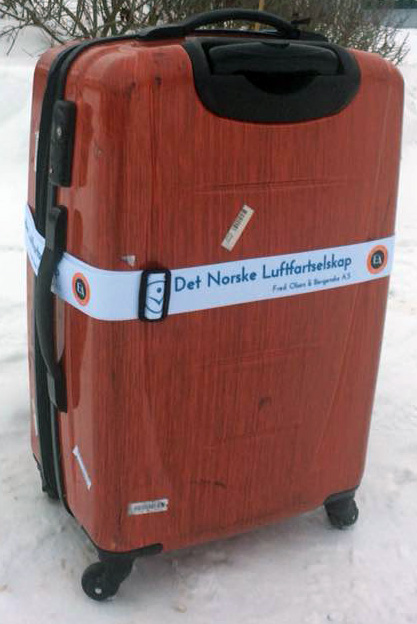