View cart “The Messerschmitt Me 410 in Norway (Profiles in Norway, Nr. 7)” has been added to your cart.

The complete history of the Northrop attack planes and its export derivatives.

The Northrop Corp. offered the single-engined Gamma 2F attack plane to the US Army Air Corps in October 1934. After modification work this type evolved into the highly innovative A-17 attack aircraft of which 110 aircraft were ordered. Northrop integrated all modern aircraft technologies of the day, such as all metal monocoque construction, two pitch propeller, flaps and dive brakes into the design, combined with forward firing machine guns fitted in the wings, a respectable bomb load, high speeds and admirable flying range. It eclipsed all other attack types then in service. 129 examples of the improved A-17A variant with retractable landing gear.

Foreign interest resulted in 11 aircraft being sold abroad. Sweden and Argentina ordered variants of the A-17 in 1937, and Sweden built 102 more under license. The Northrop Corporation became subsidiary of Douglas on 5 April 1937, which resulted in the A-17 becoming known as Douglas 8A. More customers followed, the government of Peru ordering a series in 1938. The volatile situation in Europe resulted in orders by the Netherlands and Norway in 1939 and 1940. Iraq ordered a number of aircraft in 1939.

Although none of the US operated aircraft were involved in combat, a large number of machines served in a vital role as trainer for Commonwealth pilots during World War Two. The export variant Douglas 8A did fire its guns in anger during air combat in the Netherlands and Iraq, and Peruvian aircraft distinguished themselves during a border conflict with Ecuador in 1941 and again in 1948, when rebellion and civil war threatened the country. Last flights were made as late as 1958, thus ending an era of almost 25 years of continuous service with air forces all over the globe.

This book offers an overview of an iconic aeroplane. The authors, all specialists in their field, have compiled a comprehensive story and gathered more than 350 photographs, color profiles and maps, thus offering a fascinating view at an aircraft type linking the ‘Golden Age of Aviation’ days with the dark years of World War Two. 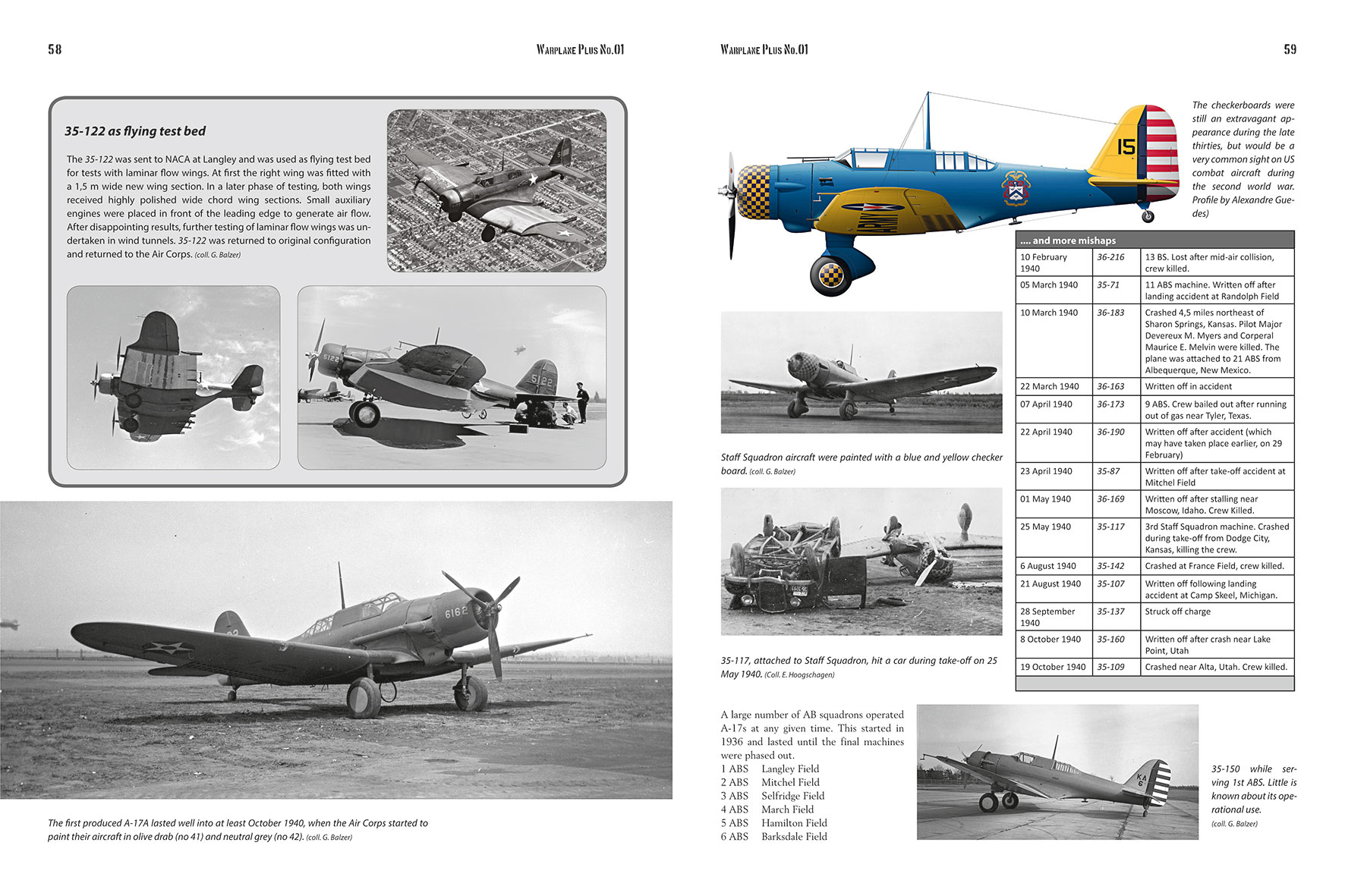 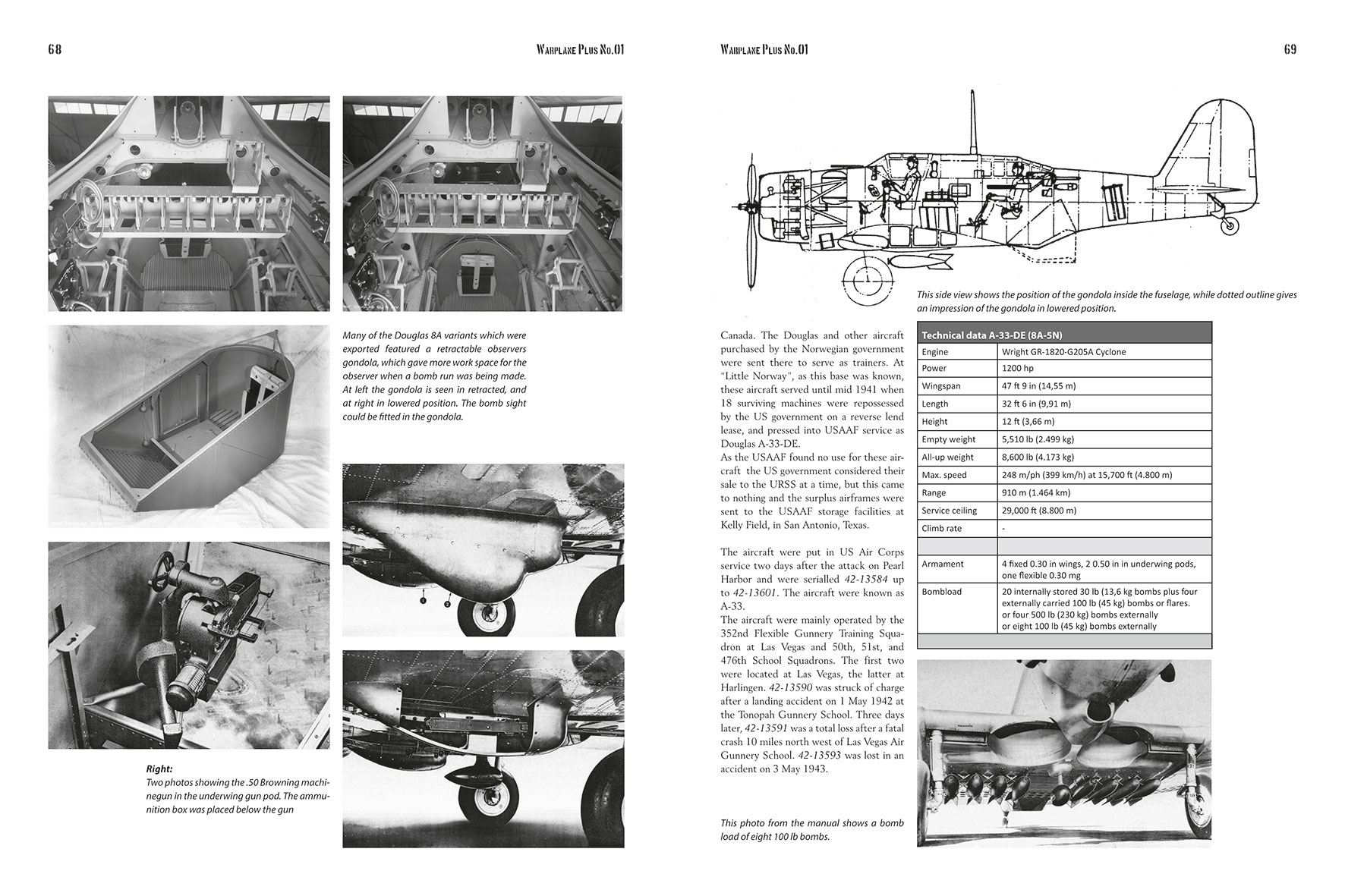 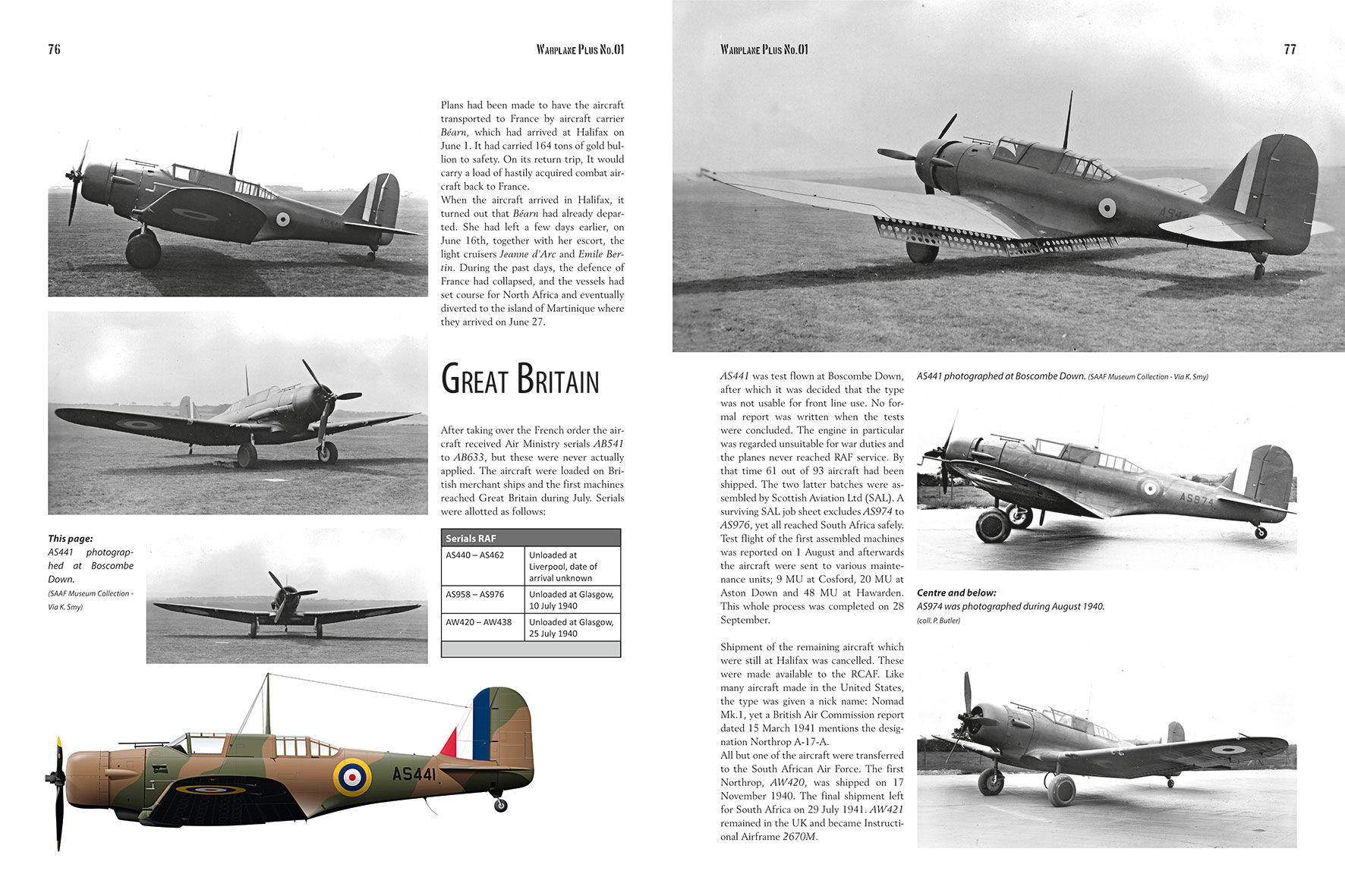 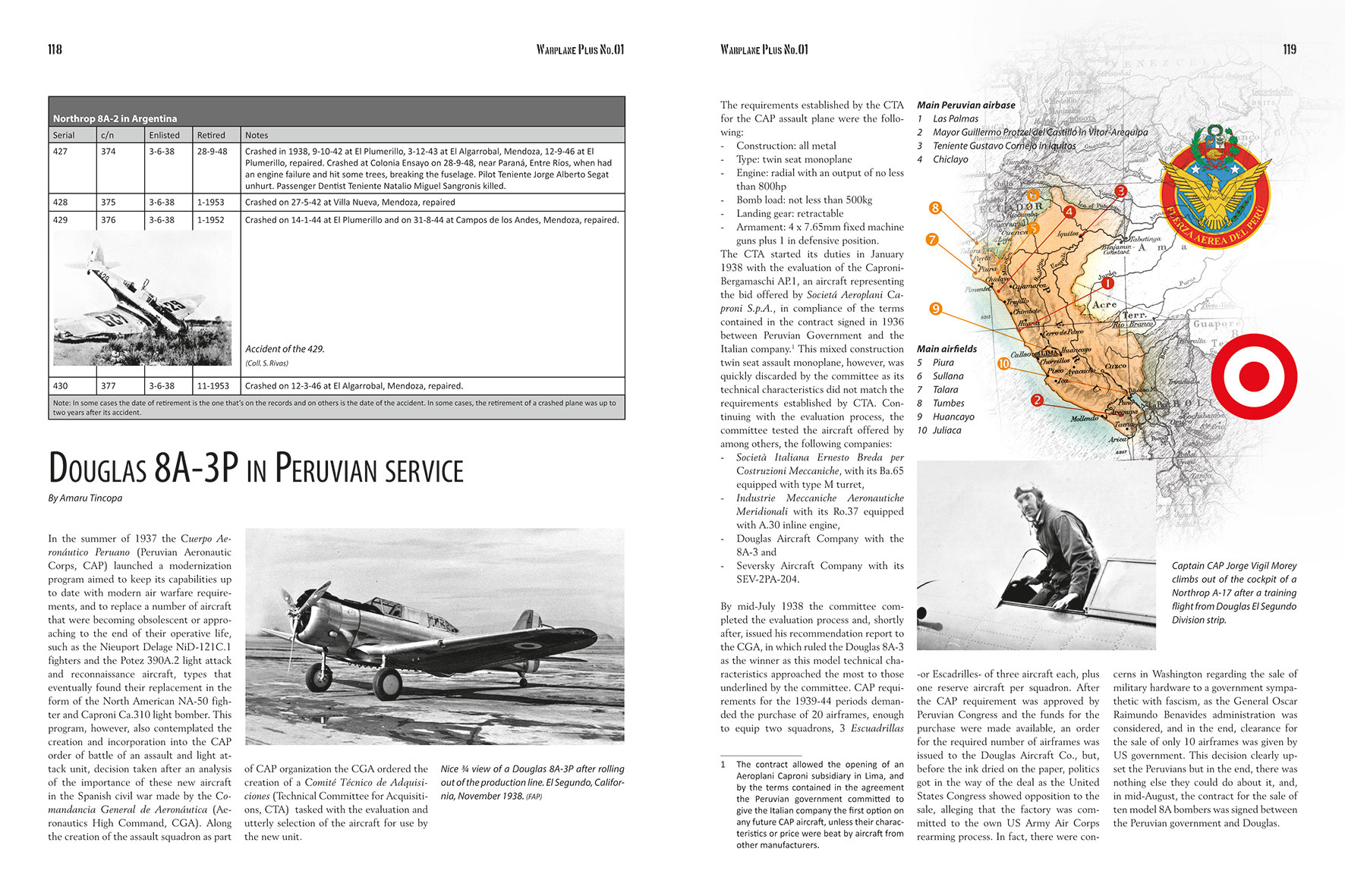 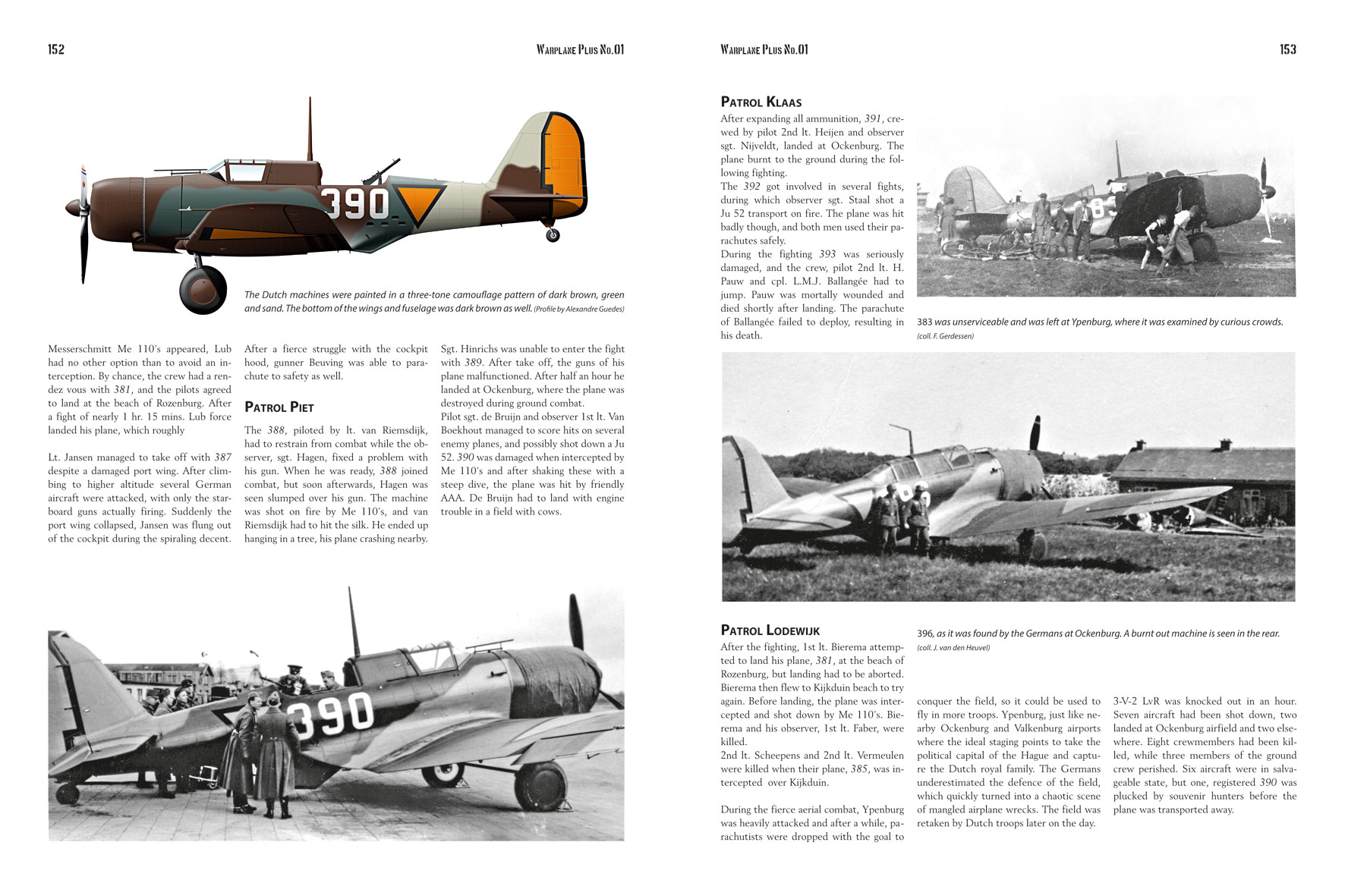