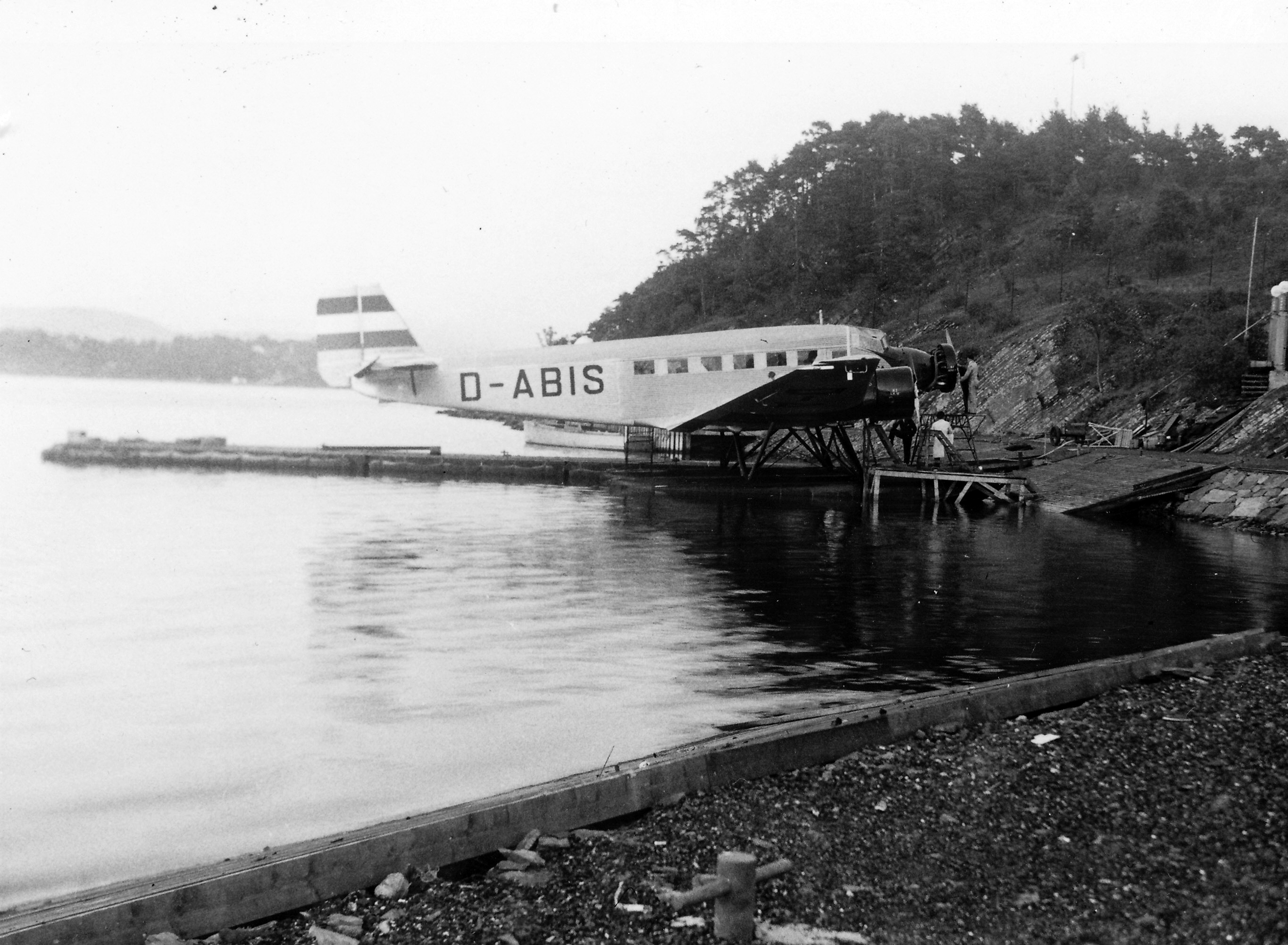 The first Lufthansa Junkers Ju 52/3m to arrive in Oslo was D-ABIS “Kurt Wolff” with Joseph Kaspar as captain.

In 1934, just before the opening of the air service to Oslo, Lufthansa decided to introduce the Junkers Ju 52/3m officially to the Norwegian public. Flugkapitän Joseph Kaspar flew the company’s float-equipped Ju 52/3m, D-ABIS “Kurt Wolff” on Thursday, 26 April 1934, at 1745, for the first time to Oslo. He had departed from Travemünde for Copenhagen and continued 1245 to Gothenburg. Kaspar had his cabin filled with guests: Dr. Dierbach (DLH), Dr. Pinagel (chief of press at DLH), Hans Schiller (DLH) and two journalists from Hamburger Nachrichtenand Hamburger Tagesblatt. In Copenhagen managing director Knud Krebs (DDL) joined them. In Oslo, they were met by the German minister in Norway, Rohland and captain Meisterlin. During his stay in Oslo, Hans Schiller expressed to the press that it now wanted a Norwegian airline to fly on the service to Copenhagen.

Schiller said: “We would like to draw the attention to the fact that we maintain the service at our expense. Not a penny is coming from Norway. Nevertheless, we will continue to fly this seaplane service, as it is a good training for our crews”… “We more than welcome a co-operation with a Norwegian airline that flies. And it will be our pleasure to see the Norwegian flag waive from Norwegian aircraft in German harbours. You have a capable pilot like Riiser-Larsen, who could easily fly this service. And we expect a lot from the plans under preparation here in Norway, and hope we soon can see that Norway gets a national airline as well.”

On 29 April, Kaspar took up 85 passengers during five joyrides from Gressholmen and over Oslo. In the old days it was difficult to get people to fly, but that day people were queuing up for a joyride. Among them was an enthusiastic five-year-old boy, who upon return did not want to disembark and wanted to go up again. And then there was Reidar Mjøen, who took his seventeenth joyride that day. This time he had brought his little niece, and she was the first to board that day. During one of the flight captain Hjalmar Riiser-Larsen took the controls of the Junkers Ju 52/3m, D-ABIS, and flew it with a sturdy hand. A true story (for what it is worth) was that a music reviewer was to go to the dentist. He was afraid for the dentist’s drill and decided rather take the “airbus” to Copenhagen. A well-known gentleman (his name remains unknown) from Vinderen, stood at Gressholmen that day, studying the departure and arrival of the Ju 52/3m. Before he knew it, the seaplane had turned, and he now stood directly behind it in the wind of the engines. The propellers blew up water and wind and he immediately shouted “… No, in this stormy condition, I am not going up” and he left Gressholmen. Later in May, a youth magazine for boys offered its young readers the possibility to win two tickets for a flight from Oslo to Copenhagen in July. In Copenhagen, the winner would meet representatives of the Danish magazine for boys. Every magazine had a lottery ticket and from them the winner was drawn. The story did not tell who the lucky winner was… On 1 May, all joyrides and nice talks were over as Lufthansa was to re-open it service again.

The first departure of the year on the service Oslo – Gothenburg – Copenhagen was of course with the same Junkers Ju 52/3m-See, D-ABIS with as pilot Josef Kaspar. He had no less than eighteen passengers in his cabin. He returned the same day from Copenhagen at 1945 with six passengers. The seaplane made a round trip every day. Kaspar was all the time the first officer on board. 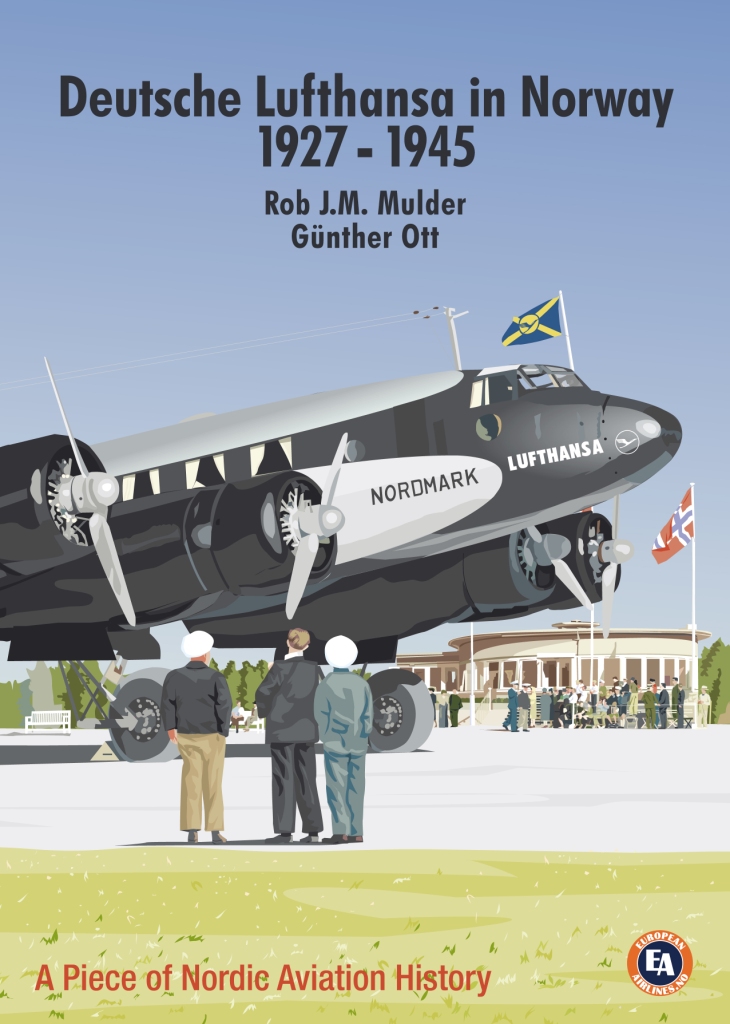 Forthcoming book about the operations of Deutsche Lufthansa in Norway between 1927 and 1945.