“I would like to congratulate everybody involved in this project I think the book is excellent” … “The production values are superb good clear page design, good quality paper, most photos presented in large format, attractive/unusual artwork by Juanita Franzi, good quality printing… I am very pleased...” – Steve B. on the “12 o’clock high forum” 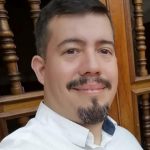 Born in Lima, Peru, in 1977, Amaru Tincopa is a graduate in law. He began researching and publishing on the Peruvian and Latin American military aviation history quite early. His first book, covering the deployment history of the Aeroplani Caproni and that Italian company’s endeavour in Peru, was released in 2003. He has since published a dozen additional titles in Argentina, France, and the United Kingdom, and is working on others.
Amaru Tincopa is currently cooperating with numerous renowned military aviation history magazines around the world. 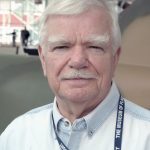 Daniel P. Hagedorn is the author of over 18 aviation books —16 about Latin American aviation—and more than 260 journal articles for widely read aviation periodicals. He has been published in four languages, and he is an Associate Editor of Air & Space Smithsonian magazine. He was a founding member of the Latin American Aviation Historical Society and is a member of the Board of Directors of that international organization.

Dan Hagedorn, former curator of The Museum of Flight in Seattle, and Amaru Tincopa, both specialists in world and Latin American military aviation, have teamed up to compile this definitive monograph describing the Curtiss Design 75 and one of its major production variants, the USAAC’s P-36, and its many international derivatives. The Design 75 of 1935, as it was initially described by Curtiss, was without doubt a turning point in U.S. fighter design. It incorporated all of the technical advances being favored worldwide and was for Curtiss a huge engineering step forward.

The Design 75 saw operational service with many air forces around the world and could lay claim to many aerial victories in intense dog fights during World War Two. It flew sorties in both Europe, North Africa, Latin America, the Middle East, India and Asia. Unbelievably, the Curtiss Hawk 75 saw service with both Allied and Axis air forces.

Many books have been published, especially those describing Hawk 75s in service with France and Finland, but after the opening of the Curtiss-Wright Corporate Archive at the National Air and Space Museum, Smithsonian Institution, the authors have managed to correct many misunderstandings and outright myths surrounding the history of the type.

The volume gives a detailed description of all of the derivatives of the Hawk 75, everything well-illustrated with hundreds of unique and high-quality photographs, of which many are in colour. In addition, renowned illustrator Juanita Franzi, has made a considerable number of colour profiles, which beautifully help interpret the text.