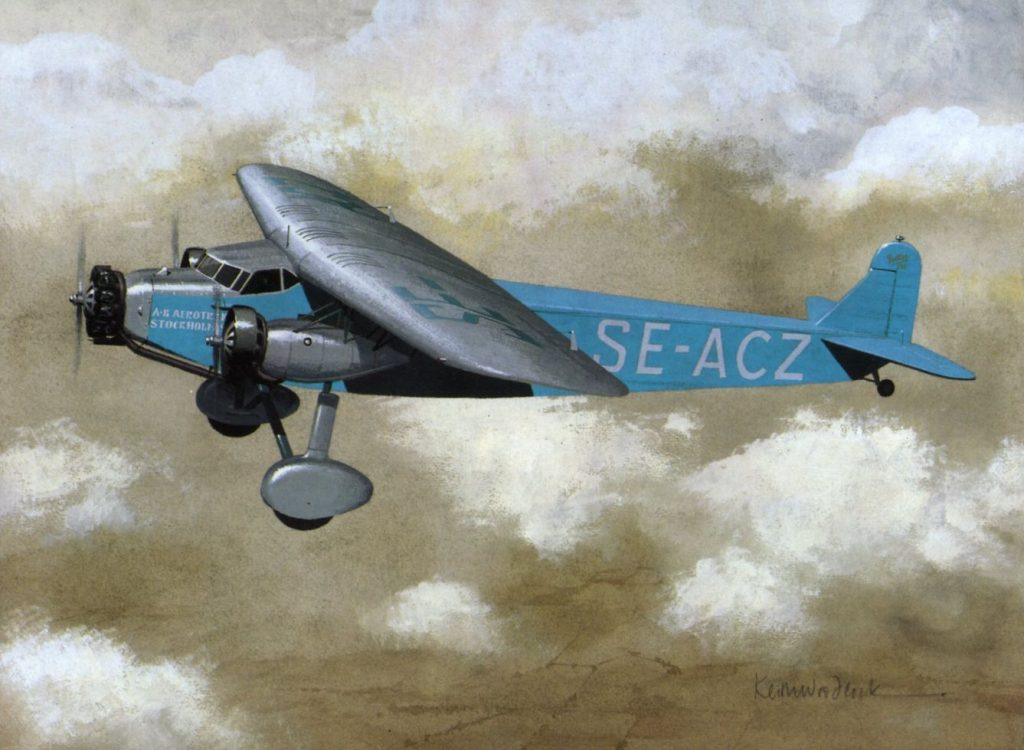 AB Aerotransport was formed in March 1924 by, among others, Junkers Flugzeugwerk AG (a German aircraft factory that supported the formation of airlines throughout Europe) and the Swedish Florman brothers. The company started with routes Stockholm – Helsinki, Malmö – Hamburg and Malmö – Copenhagen, and managed to establish itself as the national airline in Sweden. In the period June – September 1939, it operated a route with landplanes to Norway. A short story.

In 1926, AB Aerotransport inaugurated a route between Malmö, Copenhagen and Gothenburg and hoped that the Norwegian Junkers-owned company Norsk Aerotransport A/S would start the route Oslo – Gothenburg. Unfortunately, there was no route there. It was not until 1937 that the first Norwegian scheduled aircraft started between Norway and Sweden. In 1929-1931 and in 1936 and 1937, only night mail planes had flown between these two countries, but on 21 June 1937 DNL started the route Oslo – Stockholm with its amphibious aircraft Sikorsky S-43, LN-DAG “Valkyrien”. In connection to and from Stavanger and Newcastle, and in Stockholm to and from Helsinki. Due to a disagreements with the Swedish authorities regarding price per passenger, DNL decided to close the route after less than a month of operation. A new service would not be opened until Fornebu, the new airport of Oslo. was opened, and then the route would be flown by landplane. The opening was scheduled for 1940.

The Fokker F.XII, SE-ACZ “Värmland” on the tarmac in front of the provisional terminal of Oslo-Fornebu. (National Library)

In 1938, AB Aerotransport operated an afternoon route with seaplanes of the type Junkers Ju 52 / 3m (SE-ADR) from Oslo/Gressholmen to Gothenburg and Copenhagen. For 1939, AB Aerotransport proposed to set up a midday departure, so that there were two departures per day between these cities: the morning flight of DDL, Danish Air Lines, and Deutsche Lufthansa (Germany). The route would be operated by the three Nordic airlines (DDL, DNL and AB Aerotransport) in pool and the terms were shortly before the opening of the service agreed upon: AB Aerotransport thus started on 1 June 1939, route 1621 Oslo – Gothenburg – Copenhagen, with connections to Berlin (Deutsche Lufthansa route 7). Oslo now had two daily flights to Berlin. The other was in the morning with route 27, which in Copenhagen was connected to the German capital.

The crew of the first flight between Copenhagen, Gothenburg and Oslo in front of the Fokker F.XII, SE-ACZ “Värmland”. (National Library)

On June 1 at 0950, chief pilot Ernst Tage Joneberg, started with AB Aerotransports Fokker F.XII, SE-ACZ “Värmland”, on the first flight from Copenhagen to Gothenburg and Oslo. Ten minutes after the expected time of arrival, he landed with three passengers and 27 kg of freight at Fornebu. He returned with only 1 passenger, 9 kg of luggage and 2 kg of mail. Throughout the summer, this aircraft flew route 1621 every day, including Sundays, with captains Arnold A. Sixten Barenthein, Claes Johannes Smith and Bror Folke Hansson. They flew with a regularity of almost 100%. The plane flew 5 hours 20 minutes every day, while it was inspected every night. On September 1, the Second World War started and the last trip from Oslo therefor took off on September 2, with Bror Folke Hansson as captain. The route was not flown during the war.

The door is about to be openedand ground staff are approaching the aircraft. (National Library)

READ MORE ABOUT THE FOKKER F.XII AND OTHER FOKKER AIRCRAFT IN SWEDEN IN THIS BOOK: 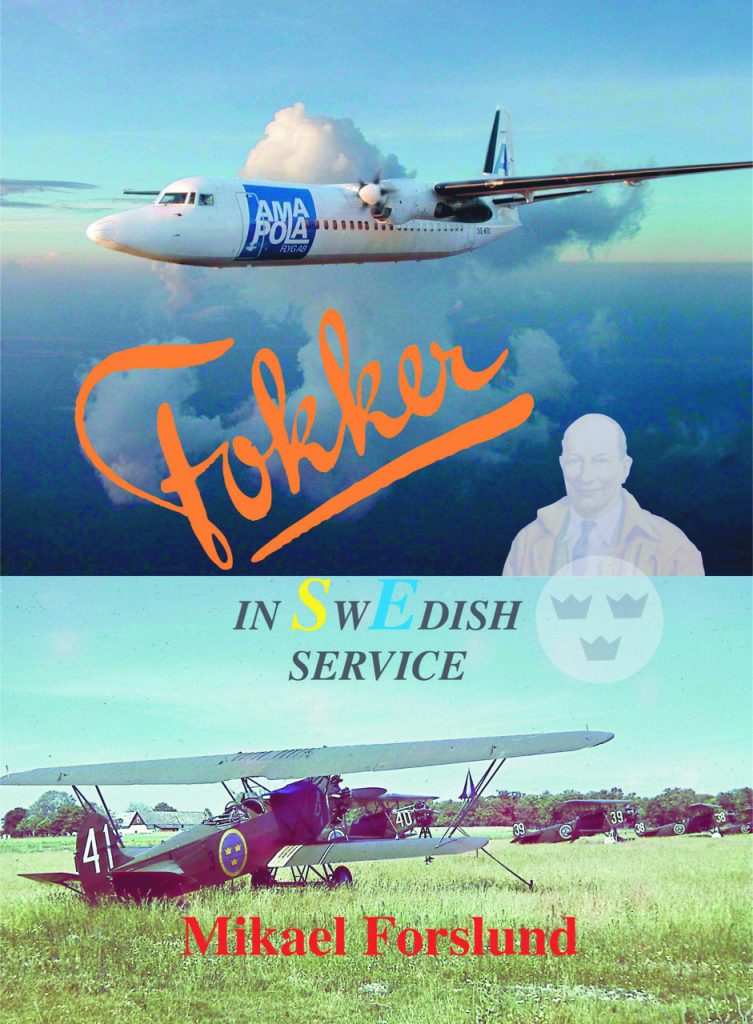