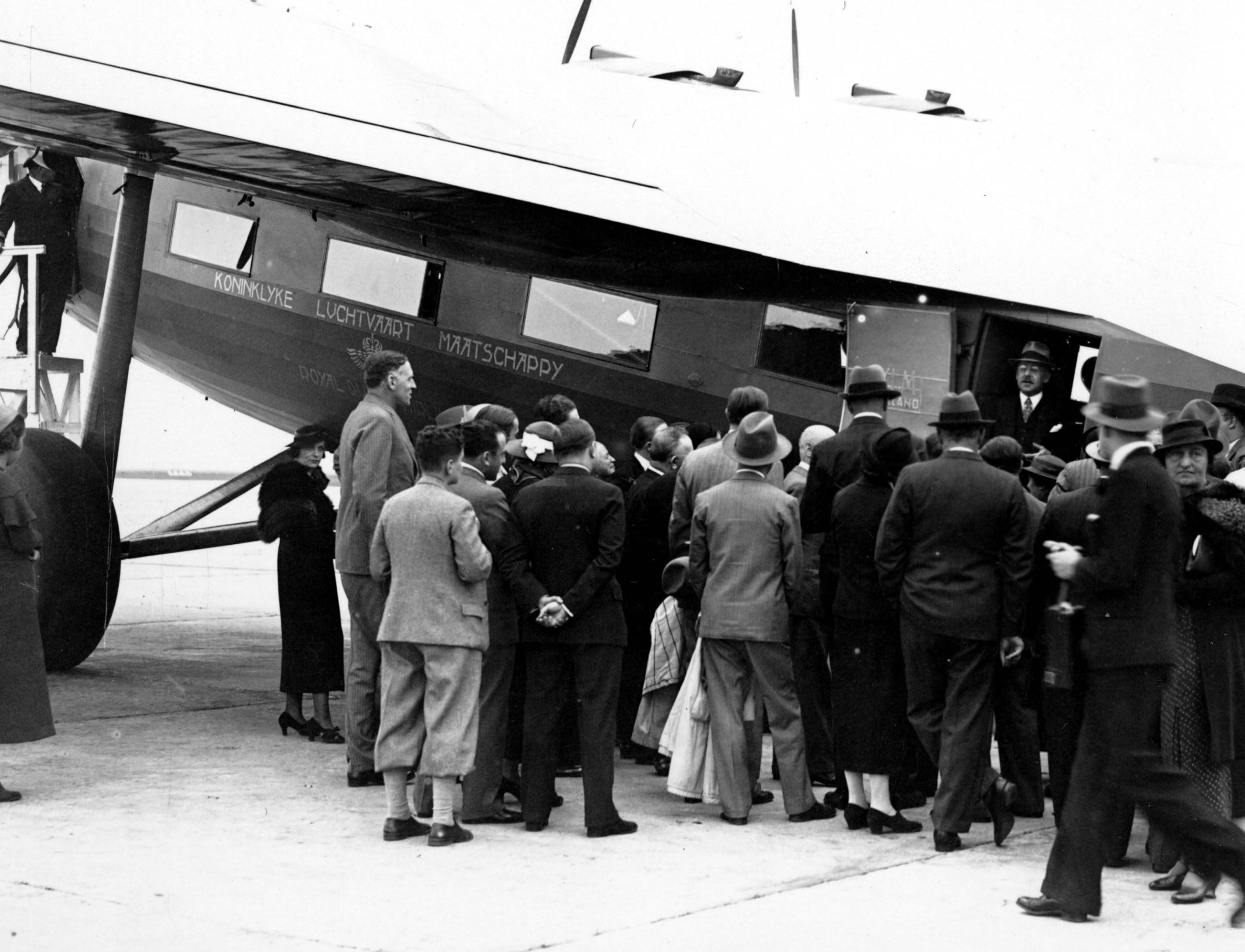 Arrival passenger of the first bridge drive in the air in Europe. Photo: (Stadsarchief Amsterdam)

A first for KLM could be registered on Sunday, 2 June 1935, when the first bridge drive was organized on board the Fokker F XXXVI, PH-AJA Arend, while flying above the Netherlands. The airline had taken the initiative for this flight. Thirty-two of the best Dutch bridge players, among them the brothers Goudsmit, were invited to join. They departed at 1530, and returned at 1700. Hendrik Hagenaar, the editor of the newspaper Het Vaderland, was critical to the flight. He wrote: ‘… And that is why I may probably not be permitted to say that I think the Arend is too royal a bird to be the bridging room, however high she may fly. And that is why I probably may not say that I always thought that bridge is a game for intellectuals, even though my aunt Marie is an enthusiastic bridge player. And now they are going to lower that game two thousand meters high, in American style, with American local colours, in American idiosyncrasy. Now we are going to play bridge in the air. And now that there is one Arend over the dam, more will follow.’ (latter remark is a Dutch expression: when one sheep is over the trench, more will follow). He expected more funny flight: weddings, chess championships, table tennis and domino play.