In 1920, Tancred Ibsen started an airline called AS Aero. He purchased, among others, a Hansa Brandenburg W29, registered it as N.5 and was soon nick-named ‘Raceren’ – the racer. Ibsen had a good relationship with the newspapers in Norway. Of course, there was a win-win-situation, as he benefited from publicity in the newspaper about him and his seaplanes, and the newspaper had good stories to write about.

The national newspaper Aftenposten came up with a good idea. In July, the newspaper asked Ibsen, if he was interested in making a bet: tour within 24 hours along the royal capitals of Scandinavia. Start in Christiania and fly to Stockholm (Sweden), Copenhagen (Denmark) and then back to Christiania with his seaplane the ‘Raceren’. If he would succeed, he was to receive 2,000 kroner and all expenses covered. The trip would be announced as the Aftenposten ‘Skandinaviske Rundflyvning’ (the Aftenposten Scandinavian Flight). Ibsen accepted the challenge and his mechanic Christian Schmitz prepared the Hansa Brandenburg W29, N.5 for the trip. In those days, it was still a daring flight. The distance Christiania-Stockholm was 480km, Stockholm-Copenhagen 650km (along the eastern and southern coast of Sweden) and Copenhagen-Christiania 480km.

(article continues under the photograph) 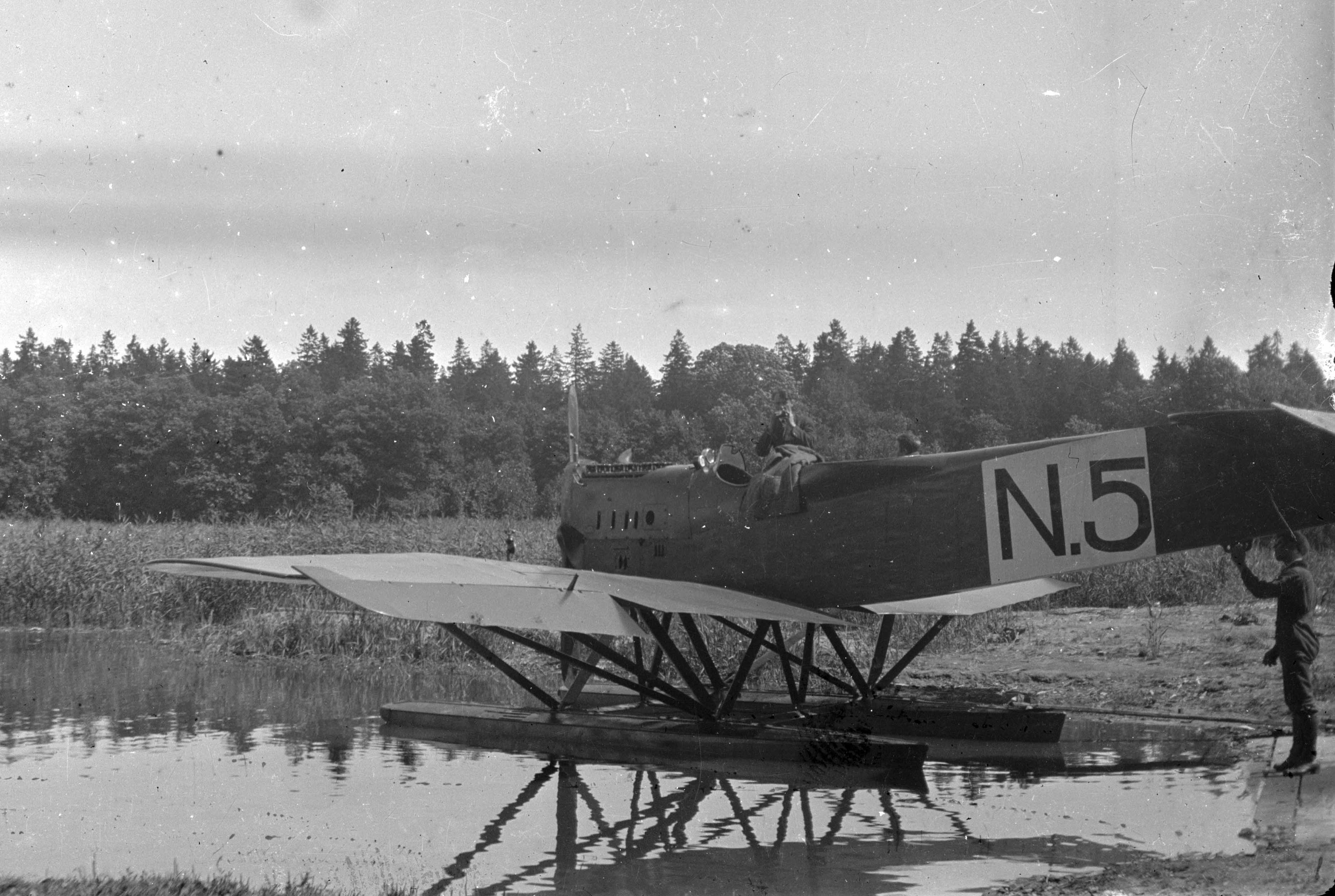 On Thursday, 22 July at 06.15hr the journalist Johe Wiers-Jenssen entered the Hansa Brandenburg W29 and together with Ibsen as pilot and Christian Schmitz as mechanic, they took off from Bestumkilen. The flight to Stockholm went smoothly. Ibsen climbed to a height of 2,000m and flew in a southern direction across the Christiania Fjord to the scenic city of Fredrikstad. He crossed the Norwegian-Swedish border and proceeded across the Lake Vänern (the largest lake of Sweden) to Örebro. From there he continued across Lake Hjälmaren to Lindarängen, the base of Svensk Lufttrafikaktiebolag near Stockholm, where they landed smoothly at 09.36hr. Upon arrival in Stockholm they were delayed by custom formalities despite all papers having been approved beforehand. Ibsen and Wiers-Jenssen had to spend two hours at the customs.

They eventually took off from Stockholm around 12.00hr and proceeded on the longest leg of the journey. In the beginning of the tour the journalist Wiers-Jenssen was inspired to write lyrical texts during the flight along the Swedish east coast with its hundreds of islands and beautiful archipelago. He had never seen such a majestic landscape. But after some time, he got bored and fell asleep. But luck was running out. The landing at Kristianopel (Sweden) went fine, petrol was refilled and the seaplane left without any problems. The next stop was near Hellevig where they arrived with just 10 liters of petrol left. The whole village came to the harbour to see the seaplane and Ibsen went ashore to get more petrol. But after an hour he returned without. Despite the written flying permit from the Swedish State that he could buy petrol, the local policeman denied Ibsen to buy any. Despite a long discussion with this policeman Ibsen did not manage to persuade him. They were glad that they had 10 liters left and decided to fly on to the next village. The Hansa Brandenburg W 29 departed and flew to Åhus, where they landed at 18.30hr. Ibsen went again ashore to buy petrol and Schmitz checked the engine. Wiers-Jenssen answered the thousands of questions that came from the spectators. But after refuelling they discovered that one of the floats was damaged and leaking. They tried to take-off but did not manage it. Unfortunately, the seaplane had to return to Åhus. All water was taken out, the leak fixed, and they could finally leave again. Soon they encountered bad weather and it was getting dark. The seaplane was thrown from left to right and up and down, but Ibsen managed to keep control. The headwinds caused a higher use of petrol and soon Ibsen had to go down near Östra Torp, ten kilometres from Trelleborg. After discussions between the crew it was decided not to continue the flight, but to stay and wait until the next day. The storm had damaged the float even more and Ibsen found it right to continue alone. The passengers had to take the train back to Christiania, while Ibsen departed with the seaplane towards Copenhagen.

He stayed in Copenhagen to do some repairs and did not depart for the last leg to Christiania until 17.09hr. During the flight to Norway he encountered three storms but was lucky to reach Norway with enough petrol. He had to make a shortcut to be able to reach Christiania and upon arrival he had only 5 litres petrol left. After a flight of 3 hours and 10 minutes he landed at 20.19hr at Christiania-Bestumkilen. His mascot (a little yellow teddy bear) had survived the tour as well. Tancred Ibsen had flown the 1,650km long tour in approximately 16 flying hours. Despite not managing to make the tour within 24 hours, Aftenposten paid him the 2,000 kroner as they were impressed by his achievements.