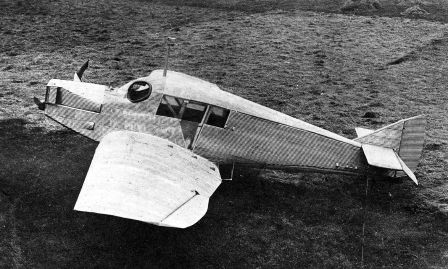 The Junkers F 13 was first called the Junkers Type F, although at the factory it was known as the J 13.

Today, the original Junkers archive is available to researchers. Of course original research costs time, money and effort, but in my view the publication of articles that continue to distort the already maltreated history of Junkers and other German interwar aircraft in general is no longer justifiable. Previous mistakes, inventions and imperfections need not be reiterated, because if that happens the inaccuracies will inevitably be taken up again and used by future authors as “facts”.
This article is intended to set the record straight, at least on some aspects of Junkers aircraft development. However, what is written here can still not be considered to be “the last word”, as there is no such commodity in historical research, but it is at least based on over 25 years of research into Junkers and other German aircraft of the interwar period – mostly in original documents.

Junkers Aircraft Designations
Let us start with the Junkers aircraft designation systems, which may seem confusing to someone not so well informed. What did the “F” in Junkers F 13 and the “K” in Junkers K 16 really mean? Attempts made through the years by different authors to produce explanations have only muddied the water. A typical example can be found in the book “Junkers und seine Flugzeuge” by Günter Schmitt (1986), page 163 (excerpt only):

These explanations might seem reasonable at a glance. The F 13 was indeed a single-engine passenger transport aircraft, but on the other hand, the S 22 was certainly not a twin-engine aircraft. In Wolfgang Wagner’s “Hugo Junkers. Pionier der Luftfahrt – seine Flugzeuge” (1996), which is part of the German handbook series “Die deutsche Luftfahrt”, the following table can be found on page 180 (here arranged in alphabetical order):

Wagner is closer to the actual truth, but he still mixes things up and the main problem with these lists is that it is not stated by their creators to which period they relate. In fact all allegations that the letter prefix of Junkers aircraft designations originally designated different roles are fictitious. Strictly speaking it is even incorrect to speak of a “Junkers F 13” or a “Junkers A 20” during the period before 1924, as those designations did not yet exist! 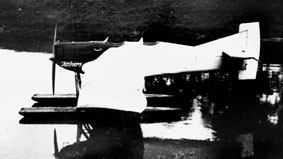 Starting with the J 1 (J for Junkers) in 1915 every new Junkers aircraft type had been assigned a type number in a consecutive series. These J-number designations were used internally on drawings, etc, as design bureau, or factory designations. In July 1919 a new, parallel, official or public designation type was introduced for “external” use. The aircraft were given names (codenames) from German mythology and the initial of this name then became the type designator:

This means that the aircraft that we now call the Junkers F 13 was originally known as the Junkers Type F, or just the “Junkers Limousine”, to those who operated it. In company documentation it was referred to as the J 13.
Only in July 1924 the internal designations and the official designations were finally combined to form the more familiar designations F 13, K 16, T 19, A 20, H 21, S 22, U 23 and G 24, although the J-number designations were still retained for internal use. This means that all aircraft sold and delivered before July 1924 fall under the old system and for example the J 20s and J 21s acquired by the Soviet Union were never referred to as A 20s and H 21s.
From June 1927 a suffix consisting of none, one or two (in some cases three, plus a number) lower-case letters was added to the designation, for example F 13ge. References given by authors to designations of this type during the period before 1927 are incorrect*. The original version of a new type had no suffix (G 24). For each major modification of the airframe a consonant was added (G 24b, G 24c, etc) and new types of engine installations were designated by a vowel (G 24a, G 24e, G 24ba, G 24de, etc). The G 24e was the basic airframe with the “e” type of engine, and the G 24be was a modified airframe with the same type of engine. When running out of vowels an extra “a” was added: ae, ai, ao, au, ay, etc.

At the same time the prefix letters already in use were linked to certain roles for the first time:

Note: If this original list is compared to Wagner’s list is it apparent that the letters H and U mentioned by him had in fact been discarded by the time that the letters signified roles, and K and S had been reassigned to new types/roles.

In 1931 standard designations with the abbreviation Ju for Junkers were finally introduced (Ju 46, Ju 49, Ju 52, etc).

———-
* Lower-case suffix letters were used for some aircraft to designate projected versions, for example for the G 23/G 24 when trying to get an approval from the Inter-Allied Aeronautical Committee of Guarantee in 1924.