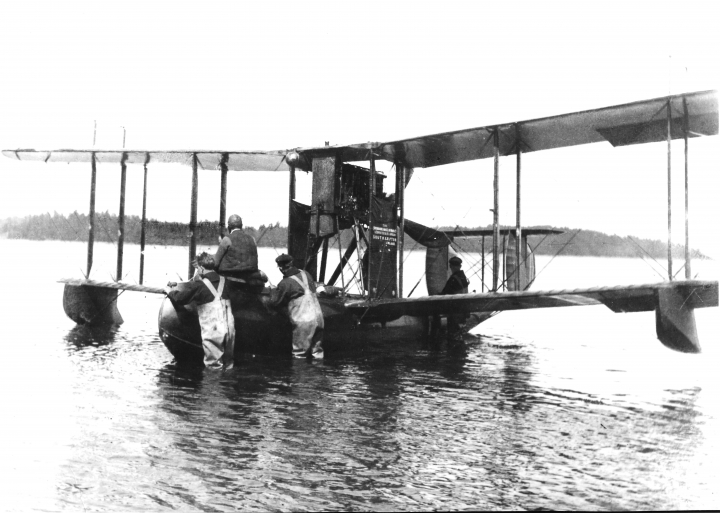 By: Odd Arnesen and Rob Mulder (1)
For: www.europeanairlines.no

In 1920, Norway was at the breach of a new era. The First World War and the first post-war years had given the country much prosperity, and at the beginning of 1920 it did not look to be different year. Det Norske Luftfartrederiet A/S had applied for a concession for different national and international air services and was to be awarded a concession for the trial service Bergen – Haugesund – Stavanger. This route was opened in August 1920. Meanwhile, the Marinens Flyvevåpen (Naval Air Services) and Hærens Flyvevåpen (Army’s Air Services) were requested to start trial services in the east of the country.

In 1920, Marinens Flyvevåpen received orders to establish an air mail route from Christiania (now Oslo) and Kristiansand. The Norwegian Post Office was keen in setting up these routes as mail could be carried considerably faster than was the case at that moment. The Marinens Flyvevåpen informed immediately, that it had no suitable equipment to fly the service, as its reconnaissance aircraft were equipped with not too reliable engines, while the fighters had a good engine, but only one seat and no capacity for mail. The Marinens Flyvevåpen was therefore allowed to order four Supermarine Channel I flying boats. These aircraft, built in Great Britain during the First World War as reconnaissance flying boats for the Royal Naval Air Service, could beside the pilot carry two passengers and 50 kg mail. The Marinens Flyvevåpen suggested to let the route start at the naval air base Horten and fly from there to Christiania, back to Horten and continue to Arendal (Merdø) and Kristiansand, each Monday, Wednesday and Friday, with return on Tuesday, Thursday and Saturday. In Horten, the aircraft could be overhauled and pilots changed.

This passenger- and mail service did not go without problems. On the first flight on 12 July 1920, naval lieutenant S. Brun departed with Supermarine Channel I, F-38, from Horten and flew to Christiania. Here the mail was taken on board. Immediately after take-off from Christiania, the flying boat crashed and was destroyed beyond repair. Naval lieutenant S. F. Wiig in the F-40 was ready as back-up and flew to Christiania to take over the salvaged mail. He flew to Horten, Arendal and Kristiansand without any problems.

The next day, 13 July, lieutenant Sundt flew with F-40 northbound. He encountered strong head winds and thunder and had to land near Fredriksvern and he anchored at a buoy. 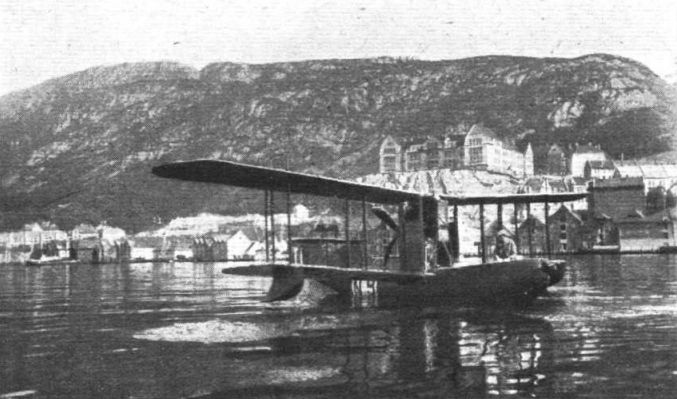 The civil registered Supermarine Channel, N-9, came to the rescue.

The third day, lieutenant F. Lützow-Holm took F-40 from Horten to Christiania, but on the return with the mail on board, his engine malfunctioned and he had to go down near Drøbak. lieutenant Hjalmar Riiser-Larsen flew with Supermarine Channel, N-9, of the Det Norske Luftfartrederiet to the rescue and took the mail to Horten, where lieutenant Wiig tooj over with the fighter seaplane Sopwith Baby, F-104 to Kristiansand. F-40 was towed to Horten for repairs by the torpedo boat “Ravn” and continued to Kristiansand as well. On the fourth day, lieutenant Wiig, took off from Kristiansand in F-40 and noticed that the hull was taking water. He decided to skip the landing in Arendal and just threw down the mail, before he continued to Horten. The mail was taken by lieutenant Riiser-Larsen towards Christiania, but again, he had to land due to engine damage near Filtvedt. The mail was picked up by lieutenant Brun in the trainer Farman MF-4 (seaplane), F-4, and brought to Christiania. The next flight was carried out without problems, but on the sixth day the flying boat was an hour delayed in Christiania: the car with the mail had not arrived to the pier when the seaplane arrived. After that the service went without problems for seven days. 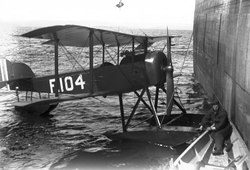 On 27 July, lieutenant Lützow-Holm flying in the Supermarine Channel, F-44, near Sandefjord had engine problems and had to make a forced landing due to engine. Lieutenant T. Andersen in the Supermarine Channel, F-42, took over and transported the mail to Christiania. The next day, Andersen also had trouble with the engine during the landing at Arendal. In addition, the flying boat took water and the tour had to be discontinued. The F-42 was first secured and the next day towed to Kristiansand for repair. The 160 hp Breadmore-engines in the Supermarine flying boats turned out to be too weak for this air service and beside the flying boats, the trainer Farman MF-4, F-10, the fighter Sopwith Baby F-104 and F-110 were operated during the last days of the service.

After the service was closed down, Marinens Flyvåpen felt it to be a good idea to continue the service with another 14 days, even though the weather had been challenging and had exhausted the material. At the beginning of August, the Marinens Flyvåpen had taken over two Lübeck-Travemünde seaplanes from A/S United Sardine Factory in Bergen. They had a reliable Benz-engine. 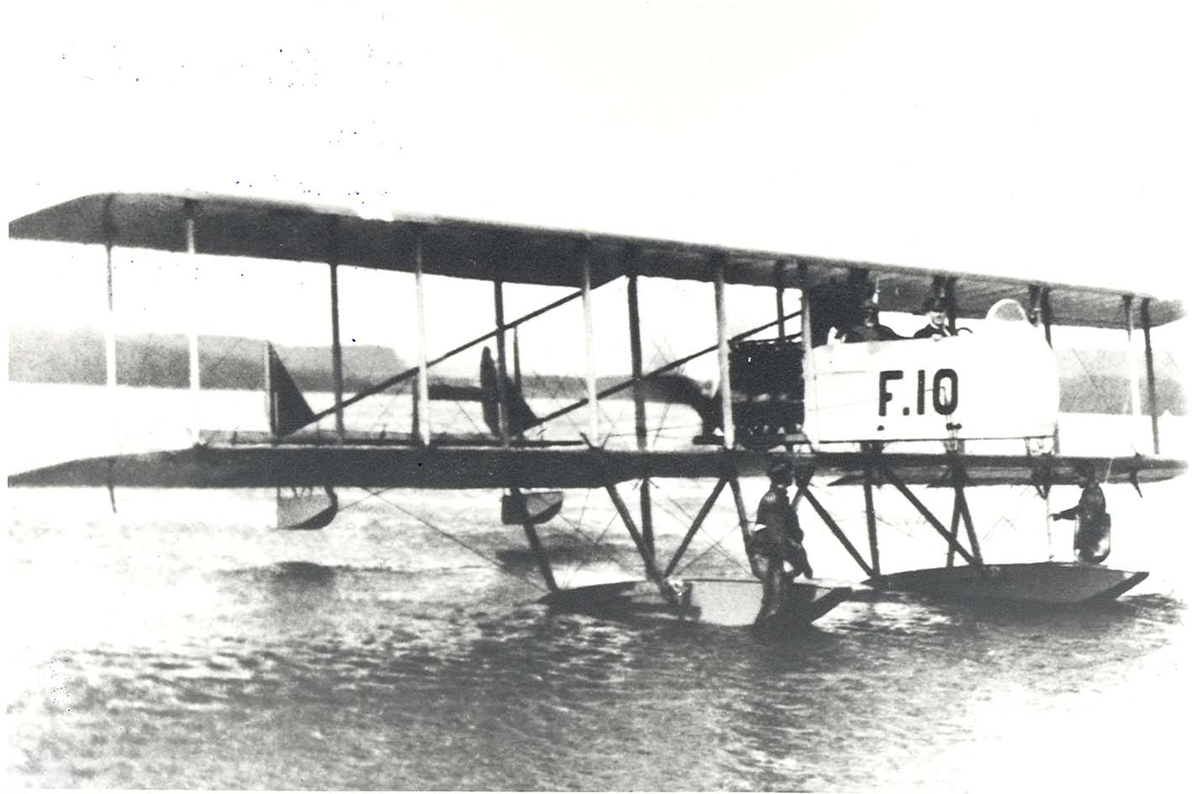 With these seaplanes as backbone, Marinens Flyvevåpen continued until 11 September. In the end, it had flown 54 days, made 214 of 216 scheduled flights, of which 207 were carried out by the Supermarine Channel flying boat and Lübeck-Travemünde seaplane. The other seven flights were made with the Sopwith Baby’s and the Farman MF-4s. Two flights could not be completed due to an engine problem and since the telephone lines were out of order due to thunder weather, a new aircraft could not be called to the rescue. The mail was therefore taken to Christiania by car and motor cycle. Regularity was thus 99,1 %, which is not bad at all. Beside mail, 67 passengers were carried. The aircraft made 200 flying hours and flew 22,000 km. The summer months had been wet, with bad weather and strong winds most of the times. Marinens Flyvevåpen believed a route could be operated during the summer and autumn months with better regularity when proper material would be used.

(1) This article was first published in the magazine “FlyNytt”, Nr.2/1970 and has been translated and edited by Rob Mulder.

More can be read in the forthcoming book: 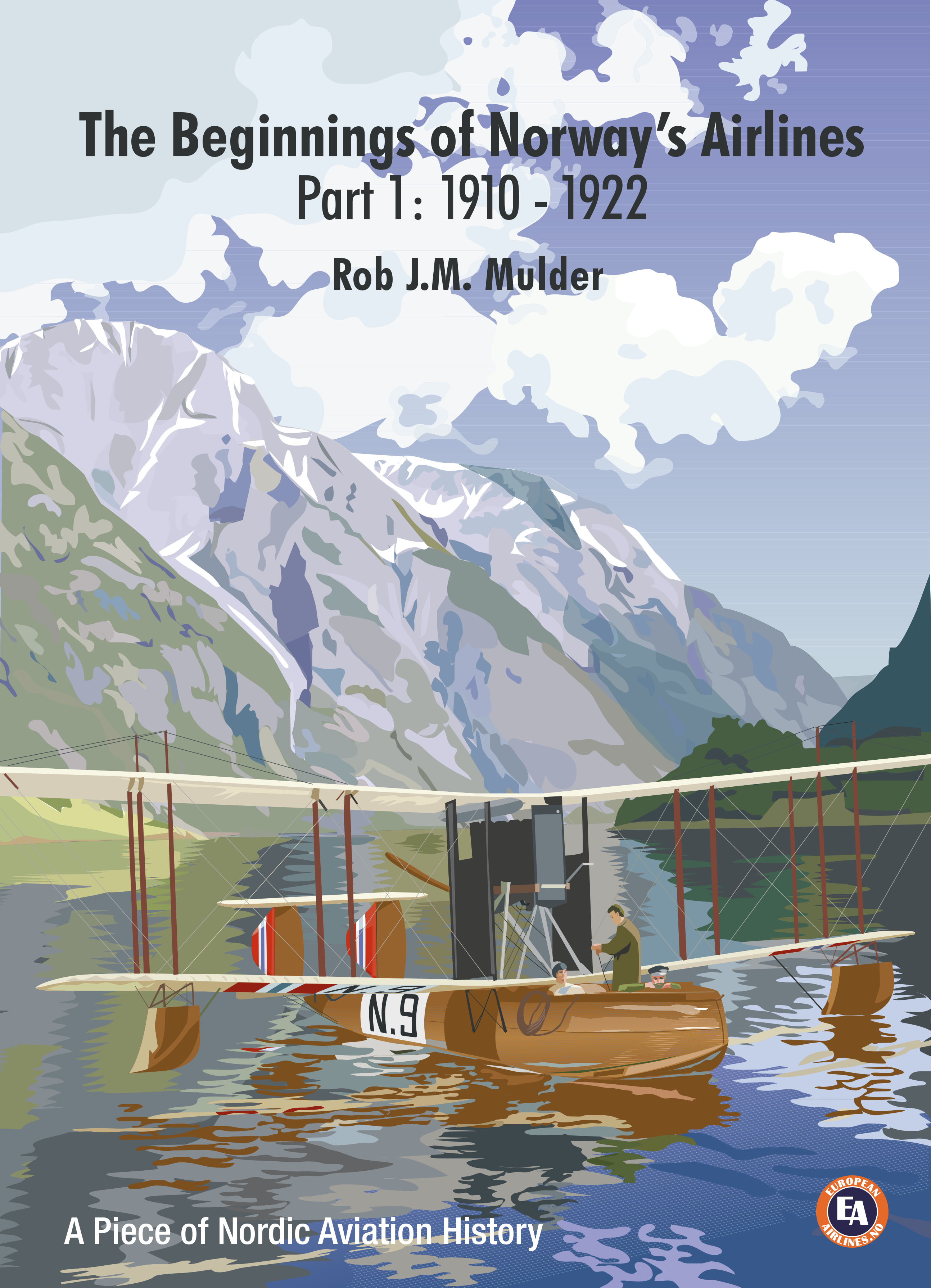